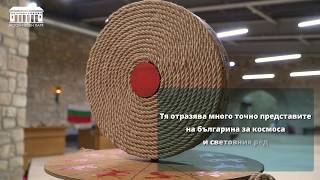 Have you ever seen something like the traditional Bulgarian target for archery?

It was created by the reenactor Milen Petrov in 2019 after in-depth research in this area.

As an homage to the ancient Bulgarian military traditions, the Orthodox faith and the heroic epic of our people, we present you the DRAGON SLAYER, traditional target and archery discipline.

We strongly believe that this Bulgarian discipline in archery will take its rightful place in all national and international tournaments held both in Bulgaria and around the world.

You can see the target at the shooting range in the Historical Park, where it is possible to shoot a bow.

This September, the Second International Archery Tournament is being organized in Historic. The event will take place on the 25th and 26th of September . Read more about it on our website or Facebook page.

From the 27th to the 29th of August, the Historical Park welcomes the First International Festival of Traditional Food.

The only professional ensemble presenting Bulgarian folklore abroad is visiting the Historical Park.